Laser cutting uses the laser beam as the heat source for hot cutting, its working principle is similar to laser welding. The temperature of laser cutting exceed 11000 ℃, which would have made any material gasification, therefore gasification also plays an important role in addition to the melting during laser cutting process.

Fiber laser machine is a laser in which the active gain medium is an optical fiber doped with rare-earth elements such as erbium, ytterbium, neodymium, dysprosium, praseodymium, thulium and holmium. They are related to doped fiber amplifiers, which provide light amplification without lasing. Fiber nonlinearities, such as stimulated Raman scattering or four-wave mixing can also provide gain and thus serve as gain media for a fiber laser. 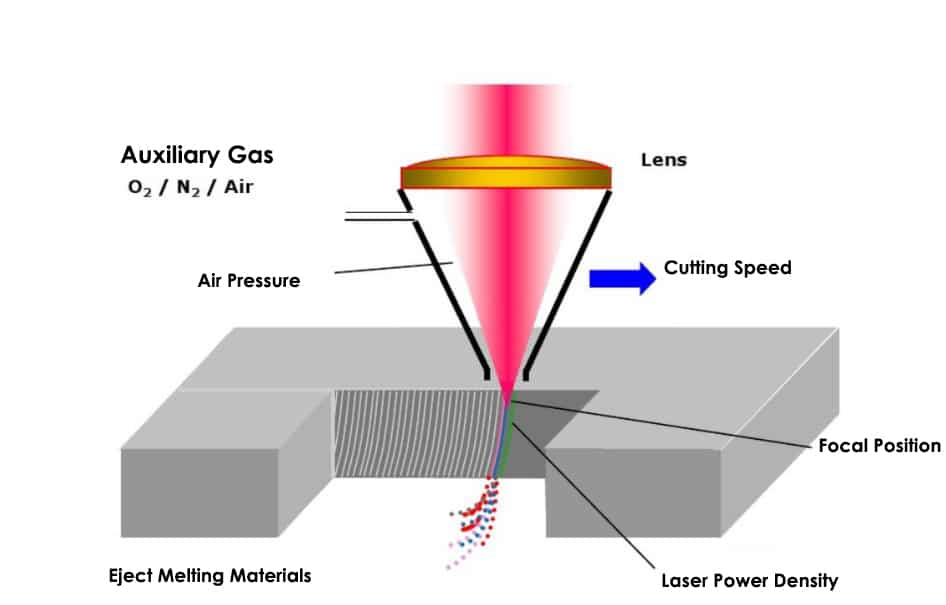 The core part of the machine tool is one of the laser generator, it is the core of the whole equipment.Why do you say so?Because it is the secret of the cut metal device.It can convert electrical energy into light energy, release the remarkable feats of laser beam, and with a lot of energy, laser beam by irradiation in sheet metal surface, make the light surface quickly reaching high temperature, radiation surface melting and evaporation of components, through the displacement of the cutting head to achieve the purpose of cutting and engraving.